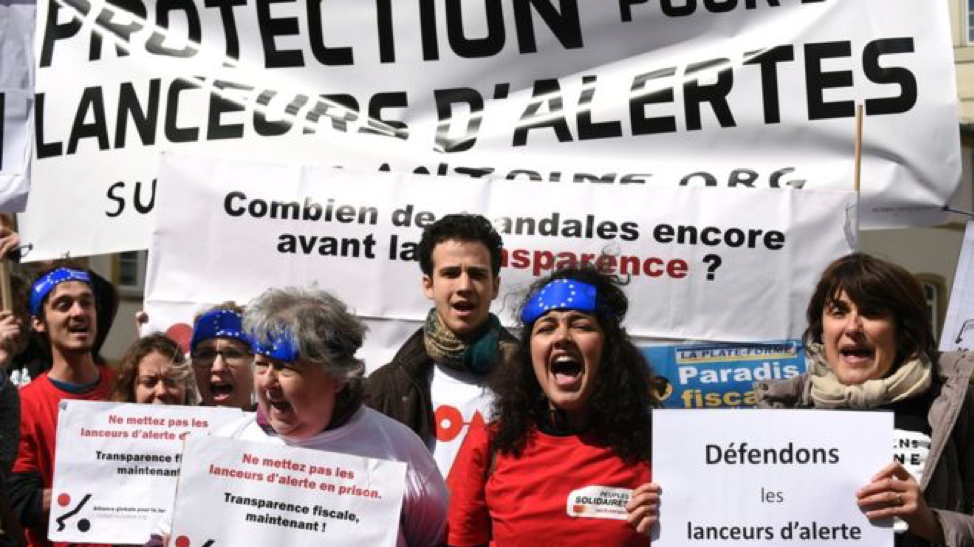 Whistleblowers across the European Union have won greater protection under landmark legislation aimed at encouraging reports of wrongdoing.

As of 2019, Canada lags behind the EU and the US when it comes to protecting whistleblowers.  Two major reports have identified  problems with Canada’s Federal Whistleblower protection legislation – The Public Servant Disclosure Protection Act (PSDPA)- which was implemented in 2007.  The legislation, the end result of decades long struggles by many for such protection, was finally sparked by the Sponsorship Scandal and the subsequent Gomery Inquiry.  The legislated deadline for the federal government to review the act was within five years of enactment - 2012, however, the review did not take place until 2017.

The first report contained the unanimous conclusions and recommendations of an all-party committee of the House of Commons – the  Standing Committee on Government Operations and Estimates (OGGO) which submitted its report in June 2017.  It identified that the legislation was restrictive and unclear and did not adequately protect whistleblowers.

The Committee also made the following request - “Pursuant to Standing Order 109, the Committee requests that the government table a comprehensive response to this Report”.

The OGGO committee heard from experts from around the world who found the existing legislation ineffective and some suggested it would be easier to rewrite the whole Act rather than try to fix it.  The report contained many recommendations to amend and strengthen the legislation including “best practices”, but for reasons which are unclear, the government declined to act in any significant way.  The Government response was not comprehensive but rather a one and one-quarter page letter from the President of the Treasury Board acknowledging that change was important, however, there was no commitment to legislative change but instead some administrative steps would be pursued.  For all intents and purposes, the work from the committee has essentially been lost.

All of Canada’s provinces now have whistleblower protection legislation which have similar problems to the Federal legislation as they seem to have been modeled along the same lines.  The legislation is largely symbolic and will need many changes before it measures up to “best practices” and actually protects whistleblowers.  Such changes will not likely occur until and unless there is major change in political, social, and organizational cultures.  No legislation, regardless of how strong it is, will be properly implemented and upheld if introduced into an unwelcoming, hostile environment.

The second report, "Whistleblowing in Canada: A Knowledge Synthesis Report", was written by Dr. Florian Martin-Bariteau and Véronique Newman of the University of Ottawa, and released in Feb. 2018.  The Abstract from the report follows:

Whistleblowers have been involved in the evolution of modern democratic societies and have spurred growing interest from citizens for transparency and freedom of information. The Internet and social networks have allowed for the development of citizen actions and large-scale disclosures of public interest information. In addition to responding to citizens’ desire for society’s openness and transparency, the protection of whistleblowers is part of risk management before disasters. In fact, in the past, these actors of change have brought a number of health, environmental, financial, surveillance and corruption scandals to light. At the same time, disclosures may put certain citizens at risk. While the determination of whistleblowing limitations is essential to ensure a fair, secure and open society, the Canadian legal framework is uncertain and unclear. Without knowing the criteria of protection, their rights, obligations and the risks involved to their safety, informed people will not disclose. This Knowledge Synthesis initially set out to explain this framework, and now also highlights the gaps in the Canadian legal system, that is confusing at best, in regard to whistleblower protection and the need for critical reflection and change.

The report points out the sparse research in the Canadian Whistleblowing literature and identifies many more areas for research including not only the legal framework but also culture.

Best Practices in Whistleblower Legislation published by BC Freedom of Information and Privacy Association, Nov.  2018 provides an analysis of a number of Acts that affect whistleblowers including PIDA, and compares them with best practices.

Other research has observed first, the PSPDA has not helped whistleblowers at all as they are still seen as troublemakers and the legislation has “only flamed the fire” (Fennessy 2010 ) and second, the Act is not about protection from retaliation or the elimination of wrongdoing.  Rather it aims at controlling the context under which whistleblowing can occur.   It is thus an instrument of oppression that suppresses rather than protects (Tweedie 2010)