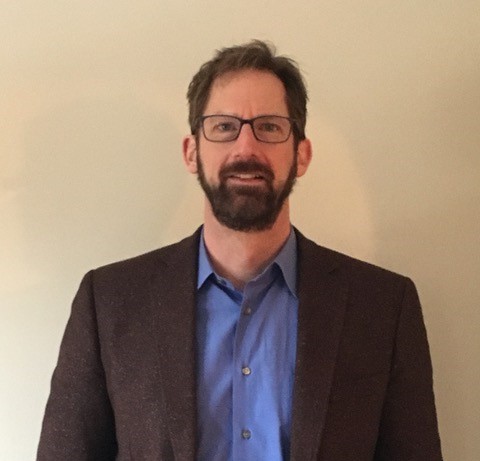 Ian Bron, MA, PhD (Cand) is a consultant and accountability activist interested in assisting individuals and organizations develop speak-up cultures in order to prevent misconduct before it can cause serious damage. His career has spanned a number of roles: naval officer, educator, federal government regulator, and program evaluation lead. He is also a PhD candidate at Carleton University, studying whistleblowing systems. Besides Whistleblowing Canada, he is a founding member of Anti-corruption and Accountability Canada (formerly Canadians for Accountability), a grassroots organization dedicated to improving the integrity of Canadian institutions.

In 2005 Ian Bron began to raise concerns regarding the inadequacy of standards being developed by Transport Canada for security in our ports to prevent terrorist attacks. Management's response was to isolate and harass him.  When he wrote a formal report about his concerns in 2006 his bosses claimed that he was harassing them and launched an investigation that would ultimately last 3 years.

In 2013 Bron left the public service. He asserts that his concerns regarding security were never properly investigated and that few of the problems he identified have been addressed. 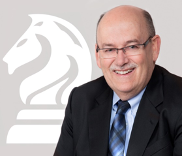 Allan Cutler is a seasoned procurement individual working with all elements of the supply chain. He assists firms in preparing proposals in response to competitive RFPs, understanding procurement documents and negotiating with the public sector.  There are ethics and values needed in negotiation and all interactions in all daily activities of business. In this respect, he teaches and consults in professional and organizational ethics.

Allan Cutler is known as the “Whistleblower” for his role in exposing the corruption in the federal Sponsorship Scandal. He is a frequent speaker and media commentator on ethics, governance and whistleblowing issues.

Carroll Boydell  teaches in the Criminology Department at Kwantlen Polytechnic University in Surrey, British Columbia.  She holds an MA and a PhD in Forensic Psychology and Law from Simon Fraser University. She teaches a variety of courses about psychological aspects and explanations of criminal and deviant behaviour. Her research interests lie at the intersection of psychology and the law and focuses on disclosures of wrongdoing made by witnesses and informants, and how the accuracy of their disclosures can be improved.

Carroll has recently completed a study on:

Best Practices in Whistleblower Legislation: An Analysis of Federal and Provincial Legislation Relevant to Disclosures of Wrongdoing in British Columbia.

Philip Palmer is a legal practitioner in Ottawa.  During his more than thirty year career in Justice Canada he worked in senior legal positions with, among others, the Department of Communications, the Immigration and Refugee Board, the Competition Bureau and Industry Canada.  Among the legislative projects to which he contributed were the Radiocommunication Act, Broadcasting Act, Telecommunications Act, the Immigration and Refugee Protection Act and Canada’s Anti-Spam Legislation.  In those roles he often advised on issues of ethics and conflicts of interest.

Since retiring from the Department of Justice in 2012, he has practiced administrative, internet, privacy and telecommunications law in Ottawa as Philip Palmer Law.

He is a principal of the Windermere Group consultants, and a member of the board of directors of the Internet Society Canada Chapter, for which he has contributed to numerous public policy submissions.

Sean Holman is an associate professor of Journalism at Mount Royal University in Alberta, an award-winning investigative journalist and director of the documentary Whipped: The Secret World of Party Discipline.

Holman is the founding editor of the pioneering British Columbia-based online investigative political news service Public Eye. Holman's nine-year career covering public affairs issues also included stints as a syndicated columnist, a legislative reporter for 24 hours and The Vancouver Sun, and a weekly talk show host on CFAX 1070. He joined Mount Royal in 2012, having previously taught journalism at the University of Victoria.

A former government communications advisor, Holman's reporting has regularly appeared in The Globe and Mail, The Tyee, the Times Colonist and Dow Jones News Service.

Holman's research has focused on government secrecy, as well as the normative value of information in democracies.  His research interests include evaluating the state of accountability in Canada's public and private institutions. 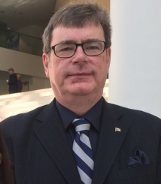 Brent Rathgeber QC is a lawyer, author and former politician.  Originally from Melville, Saskatchewan, he is currently practicing law in Edmonton, Alberta.  He is a former Member of the Legislative Assembly of Alberta and a former Member of Parliament representing constituents from that province.  On June 5, 2013, while an MP, Brent resigned from the Conservative caucus due to its lack of commitment to transparency and open government.  He then sat as an Independent Member of Parliament.

In September 2014, Brent published his first book, “Irresponsible Government- The Decline of Parliamentary Democracy In Canada”.  It chronicles the devolution of Parliamentary supremacy and transition to Executive Government, and provides prescriptions for re-calibrating power between the elected Parliament and the unelected Prime Minister’s Office. In 2015, Irresponsible Government was shortlisted for the Kobo Canadian Emergent Author Prize in the non-fiction category. Brent has become a tireless advocate for Parliamentary reform and has Op Ed pieces published in the National Post, Toronto Star, iPolitics and the Huffington Post.

In November 2014, Brent was awarded the honour of “Member of Parliament who best represents his constituents” by Maclean’s magazine.  Awarded by all fellow MPs, the honour recognizes his ability to represent constituents more effectively when freed from party positions and discipline. Following the 2015 federal election, he returned to private life and the practice of law.

He now specializes in Alternative Dispute Resolution (Mediation and Arbitration).  In 2018, he was appointed Ethics Advisor to the City of Edmonton (Elected Councilors).  In 2019, he joined the Alberta Insurance Council (Regulator) as Director of Policy and General Counsel.

Brent lives in Edmonton with his spouse Katrina Black. In his spare time he enjoys sports, fitness, music, reading and writing. 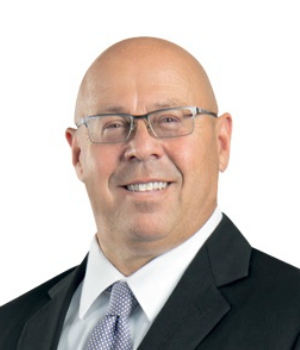 Marc Tasse is a part-time Professor at the University of Ottawa’s Faculty of Law and at the Telfer School of Business.

With more than 30 years of international experience, Mr. Tassé is recognized by the Organisation for Economic Co-operation and Development (OECD), the United Nations Office on Drugs and Crime (UNODC), the World Bank Group (WBG), the International Monetary Fund (IMF), and Transparency International (TI), as an international leading expert in the fight against bribery, corruption and money laundering.

A sought-after investigative and forensic accountant, with experience with a Big 4 accounting firm (Deloitte), Tassé is a guest contributor on fraud, corruption and ethical misconduct for CBC/Radio-Canada.

Tassé has been published internationally and quoted extensively, in various prestigious publications including The Financial Post, The Globe and Mail, and The Wall Street Journal. He regularly delivers various awareness sessions on ethical issues to management and executives of Fortune 500 companies.

An award-winning lecturer at the University of Ottawa’s Faculty of Law and at the Telfer Executive MBA program, Mr. Tassé has delivered various presentations on corporate ethics and financial crimes, at some of the world’s premier universities such Harvard University. 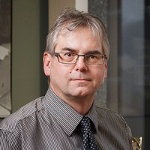 David Yazbeck practices as an advocate for unions, employees, and human rights complainants in the areas of labour relations, human rights, judicial review and appeals, and Charter litigation, with an emphasis on the federal public sector.

He has particular expertise in employee free speech, whistleblowing, and anti-reprisal complaints. He has argued many of the leading cases in these areas particularly concerning the Public Servants Disclosure Protection Act and the Public Sector Integrity Commissioner. In 2014, David was invited to participate in a working group created by the CSA Group which ultimately established an off-the-shelf Whistleblower Guideline for organizations to use. In 2017, David was invited to appear as a witness before the House of Commons Standing Committee on Government Operations and Estimates (OGGO) when it conducted its Parliamentary review of the Public Servants Disclosure Protection Act. Also in 2017, David was retained as a Canadian expert panelist for the European Commission as part of a study- examining whistleblower protection laws and empirical evidence of such protections. 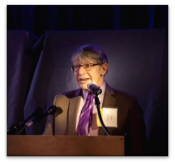 Tom Devine is Legal Director for the Government Accountability Project based in Washington, D.C.  He is the Legal Director, and has worked at the organization since 1979. Since that time, Tom has formally or informally assisted over 7,000 whistleblowers in defending themselves against retaliation and in making real differences on behalf of the public – such as shuttering accident-prone nuclear power plants, rebuffing industry ploys to deregulate government meat inspection, blocking the next generation of the bloated and porous “Star Wars” missile defense systems, instituting a national commercial milk testing program for illegal animal drugs; and sparking the withdrawal of dangerous prescription drugs such as Vioxx.  He has not lost a case since 2006, and has prevailed in advocacy at numerous U.S. courts of appeals as well as the Supreme Court.

Tom has been a leader in the campaigns to pass or defend 34 national or international whistleblower laws, including nearly all in the U.S. federally enacted over the last two decades.

Tom is the recipient of numerous awards and has authored or co-authored many books and other publications. 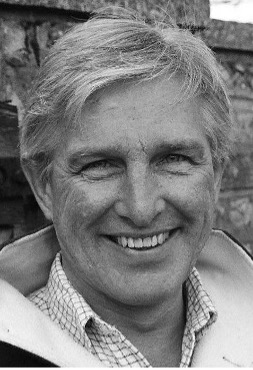 Ian Foxley  is Founding Trustee and CEO of Parrhesia Inc., a retired army Lieutenant Colonel and the Founding Chairman of Whistleblowers UK.

In a 24-year army career he commanded a parachute squadron and 3rd (UK) Division Headquarters and Signal Regiment on operations in Bosnia-Herzegovina as well as appointments in Counter Terrorism (Special Projects) and Communications and Surveillance equipment procurement in the Ministry of Defence and has had many other achievements and awards.

His 15 years in commercial life, as a Procurement Project Manager, culminated as Programme Director for an Airbus Group subsidiary in a £1.96 billion UK Government project to modernise defence communications for the Saudi Arabian National Guard. In 2010, at great personal and professional risk, he blew the whistle after discovering secret payments to ‘additional’ sub-contractors in the Cayman Islands. His disclosures, and absolute commitment over the past ten years, directly initiated wider investigations into Airbus Group resulting in the largest fine (£3.6 billion) ever imposed on a commercial company under a Deferred Prosecution Agreement in the world. The direct benefit to the UK Exchequer has been over £900 million along with a significant, and globally acknowledged, success to UK law enforcement in the fight against corruption.

He co-founded Whistleblowers UK in 2012 as a whistleblower support group, and acted as Chairman until 2015, establishing the whistleblowing study programme at the annual Cambridge International Symposium on Economic Crime.  He has contributed and co- ordinated responses to national consultations (Parliamentary Commission on Banking Standards (PCOBS), the Business Innovations and Skills Departmental Consultation on Whistleblowing, the Armed Forces (Service Complaints and Financial Assistance) Act 2015, PCAW’s Whistleblowing Commission, the Independent Review of Whistleblowing in the NHS (Freedom to Speak Up), the Home Office Review of the UK Anti-17 Corruption Strategy, and the Independent Review of the Financial Reporting Council. 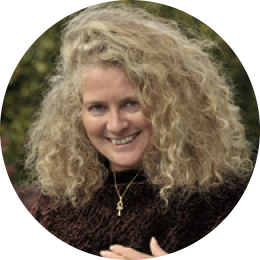 Caroline Hunt-Matthes  is Adjunct Professor at Grenoble Business School in France and Webster University in Geneva. Her research interests include whistleblowing, corporate social responsibility, academic integrity and diversity and inclusion. She is co editor and  author of «  whistleblowing and retaliation in the United Nations « ( Bristol University Press) 2021. She has championed the issue of safety of reporting channels and proper whistleblower protection as a foundation of good governance.

She is also an International Human Rights Investigator specialising in sexual violence.

She served as a United Nations staff as a peacekeeper and Investigator for 15 years in Rwanda and former Yugoslavia.  She was also a UN whistleblower.

In addition to her advocacy for social justice she is passionate about nature, is a founding member of the Natures Rights Charity Scotland, A board  member of the Earth Focus Foundation, Switzerland and Nanshe Foundation.

Tina is the author or editor of more than 50 publications. Her latest publication is Clinical Sociology for Southern Africa (2020), co-edited with Jan Marie Fritz. She is rated as an Internationally Recognised Researcher (B3) by the South African National Research Foundation. She specialises in clinical sociology with a particular focus on advancing the sociological understanding of whistleblowing.